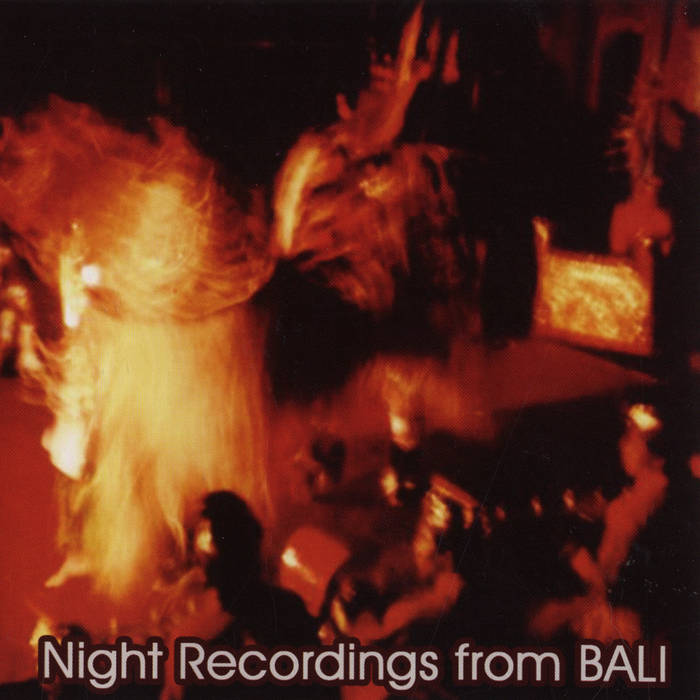 The island of Bali is Indonesia's most popular place. With the modern beach resorts at Kuta and Legian, the lovely, tropic interior of palm-covered hills and rice paddies, and a rich variety of art, dance, and music, the island is a destination of choice for travelers around the world. But regardless of their increasing role of servicing an ever-demanding tourist industry, the Balinese are a strong-willed and tight-knit society. The island is a tiny enclave of Hinduism within a massive nation of Islam, yet, their Gamelan music is faster, tighter, and louder than their mighty neighbors to the west, the Javanese. Balinese Gamelan stylings and the Ketchak dance are legendary throughout the world and have been immortalized in sound recordings and on film for decades. But beneath the creeping exterior of a pseudo-western culture slowly overtaking an amazing tradition of unique human expression, the moods of the island are governed by magic and superstition. The hills, forests, rivers, and crossroads are alive with tales of demons (Leyaks) and a flesh-eating Ogress (Rangda). A lesser-known darker side of Balinese life secretly balances the lighter side "tropical paradise" of tourist brochures. This album is entirely composed of field recordings from August and September of 1989. The majority of the recordings were made at night in and around the villages of Peliatan and Ubud. Amidst the excerpts from Gamelan and Ketchak are sounds of the forests and mysterious crossroads where packs of dogs seem to take on forms of angry demons. Also encountered here are odd folk stylings for flute and drum, outdoor village theatre, and other sound anomalies from the center of Balinese culture.